Have I Told You Lately… 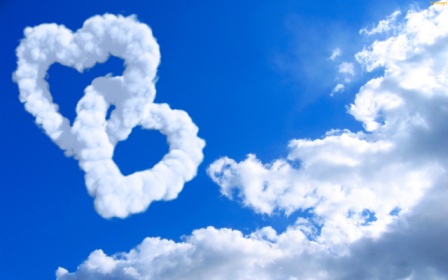 My husband went to Rod Stewart’s concert in Las Vegas last year. Rod told the crowd that the song “Have I Told You Lately (that I love you)” was originally written by Van Morrison as a prayer to God. After listening to the song for years, I never made that connection, but it is clear after actively listening to the lyrics. Since this is Valentine’s week, love is all around us. I listened to Rod’s version of the song today, as I often do, and I realized that more often than not, the answer to his question is “no.” You can’t say “I Love You” too much…and you can never hear it too often either.

I am reminded of another lesson about love from a scene in the 1983 movie Terms of Endearment. In the scene, Debra Winger’s character, Emma Horton, is about to die of cancer and has her final conversation with her oldest son, Tommy, who has expressed a great deal of anger and resentment towards his mother. She says:

“I know you like me. I know it. For the last year or two, you’ve been pretending like you hate me. I love you very much. I love you as much as I love anybody, as much as I love myself. And in a few years when I haven’t been around to be on your tail about something or irritating you, you could… remember that time that I bought you the baseball glove when you thought we were too broke. You know? Or when I read you those stories? Or when I let you goof off instead of mowing the lawn? Lots of things like that. And you’re gonna realize that you love me. And maybe you’re gonna feel badly, because you never told me. But don’t – I know that you love me. So don’t ever do that to yourself, all right?”

Sometimes, we need to let other people, especially our children, know that WE KNOW that they love us. That is a wonderful gift. Giving love is important but acknowledging other people’s gift of love is also a gift in itself.
Growing up, my dad often asked us, “When is the best time to say I Love You?” And his answer was always the same…”Right Now.” So let’s spread the joy this week and let people know that they are loved. And tonight, when you tuck your kids in bed or kiss your partner goodnight, let them know that you know how much they love you.

My husband went to Rod Stewart's concert in Las Vegas last year. Rod told the crowd that the song "Have I Told You Latel...