Time…Talent…Treasure.  These are the three ways we can all GIVE to make the world a better place.  Circumstances often shape which method is more challenging at any given time.  For example, a single mom who is working night shifts at the hospital may find Time and Treasure the most challenging, but she coordinates having four surgeons attend Career Day at her children’s school.  It is likely that we can all give in at least one of the the three ways if we put the excuses aside.

Now that we have the Jenerosity smackdown out of the way, I want to share my experience on Friday. I was humbled to see the Jenerosity of so many people who showed up at Tampa’s WFLA News Channel 8′s Kindness Day event.  Thousands of people came out to donate food, teddy bears, toys and blood for those in need.  One man was carrying toys and food as he navigated through the parking lot on crutches.  Another woman came out to donate blood for the first time since she has the rarest blood type, which is always in high demand.  Everyone had a story centered around either Time, Talent or Treasure. 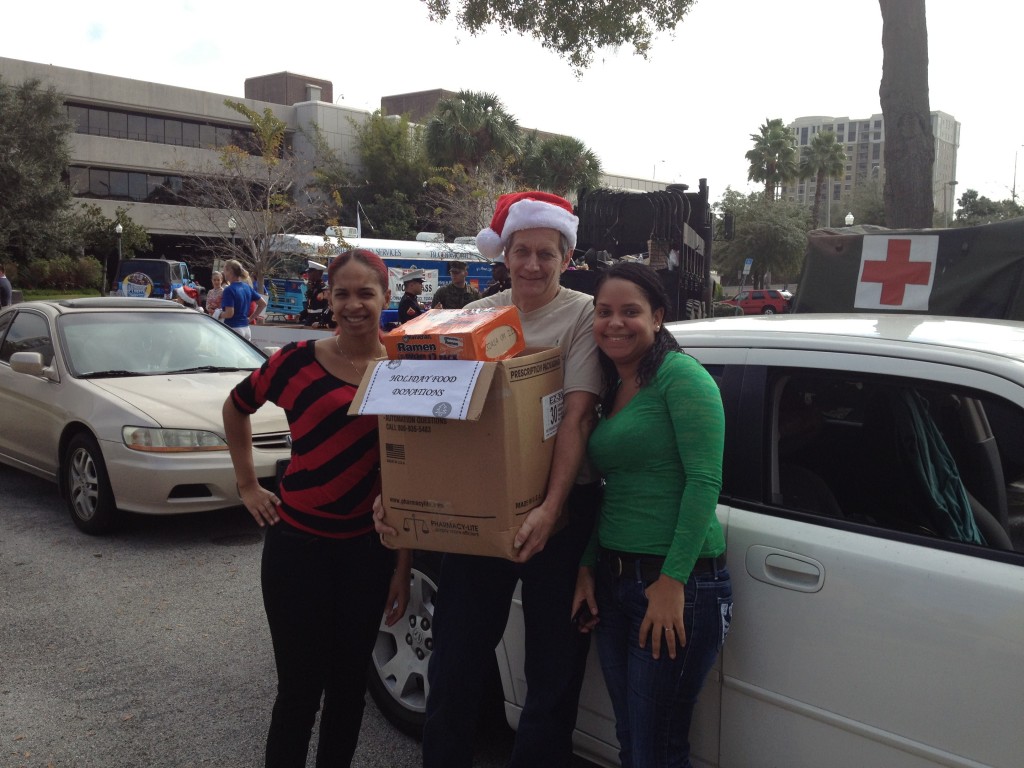 Sacrifice is a key component of generosity.  It is one thing for Donald Trump to offer to stroke a $5 million check to President Obama’s favorite charity, but it is something different when somebody driving a vehicle being partially held together by tape donates a trunkload of canned goods.

The Donald should have also offered to shave his mane since he can’t part with that odd, yet signature tress.  Now that would have been a real sacrifice which may have yielded a different result!  But leaving his eyebrows “au-naturale”  against a bald head would be way too Groucho Marx for me!  Let’s just stick to the $5 million, even though it is only a drop in the bucket for Mr. Trump.

Time...Talent...Treasure.  These are the three ways we can all GIVE to make the world a better place.  Circumstances oft...